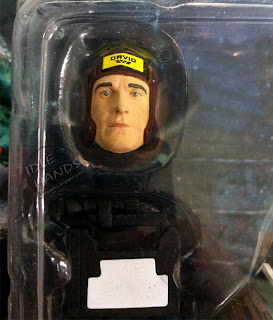 Marching on with our Toy Fair 2013 coverage beaming in from the UK, we get another look at NECA's excellent Prometheus Series 2 action figures. Following the release of the Engineer in the "chair suit" and the Engineer in a pressure suit come David 8 and Deacon, slated to drop late February. David comes with an alternate "geared up" head to slip under his space helmet and a flashlight and Deacon comes with a dissected Engineer head and bendy Hammerpede accessories. David stands 6 3/4" tall and has over 20 points of articulation. We were told Holloway was bumped to a later series, but his presence on the back of the series 2 packaging must mean he is coming SOON! I'm sure we'll learn more at the US Toy Fair in February.


(Images just above are the official pics. Our slightly grainy images are most likely early package samples, so they may not be the final versions.)

NECA had slated Prometheus Series 3 for Spring 2013 with Infected Fifield, Shaw, and Vickers. We were told the torn off David head would make it into a later series and our bet was we'd see it with Shaw...which seems like a logical place for it. Note that this series 3 lineup was from way back in November of 2012, so there may have been changes by now. Perhaps NECA will do a head swap and have Fifield and Holloway share a body (individually packaged of course) while Shaw and Vickers do the same, squeezing all 4 into one wave? We'll know soon enough... 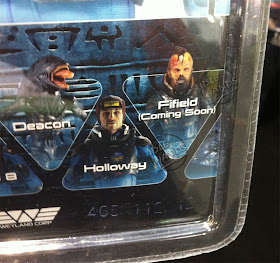