Pictures Surface from the Set of Star Wars Episode 7 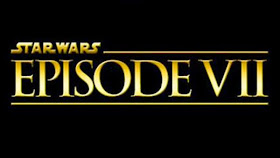 Normally, Lucas would have a complete lock down on any image even sketched on his Star Wars sets. Those days, it seems, are OVER as over 40 candid pics, obviously shot out in the open, made their way to TMZ and on into the hearts and minds of hopeful Warsnerdz everywhere. We've taken a look and while the pics don't reveal anything save for costumes and a creature you'll probably see in a shot for three seconds, they do give you a sense of the color pallet and design aesthetic...which is unmistakable Star Wars 100%...and that should be good news! It also might explain how over 40 pictures escaped a set with such high security, as the images go a long way to calm any folks freaking out that the people in charge might deviate wildly from the core look of the films to create something completely original that THEY think a wider audience will enjoy...but ultimately won't resemble Star Wars at all. 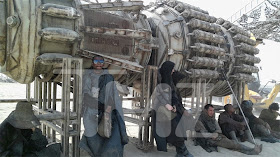 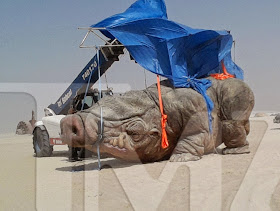 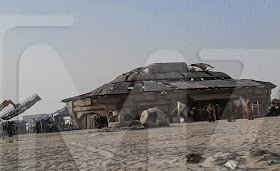 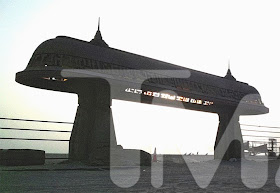 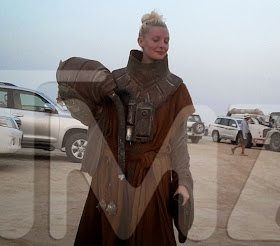 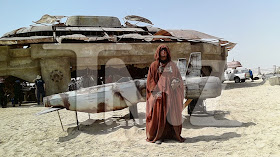 And now we call on our Jedi Sleuths to rip apart these images and tell us if there is anything seen here that ties directly to the older films. Let the obsessing begin! The full gallery can be seen at the link up top.
IdleHandsBlog at 9:53:00 AM
Share